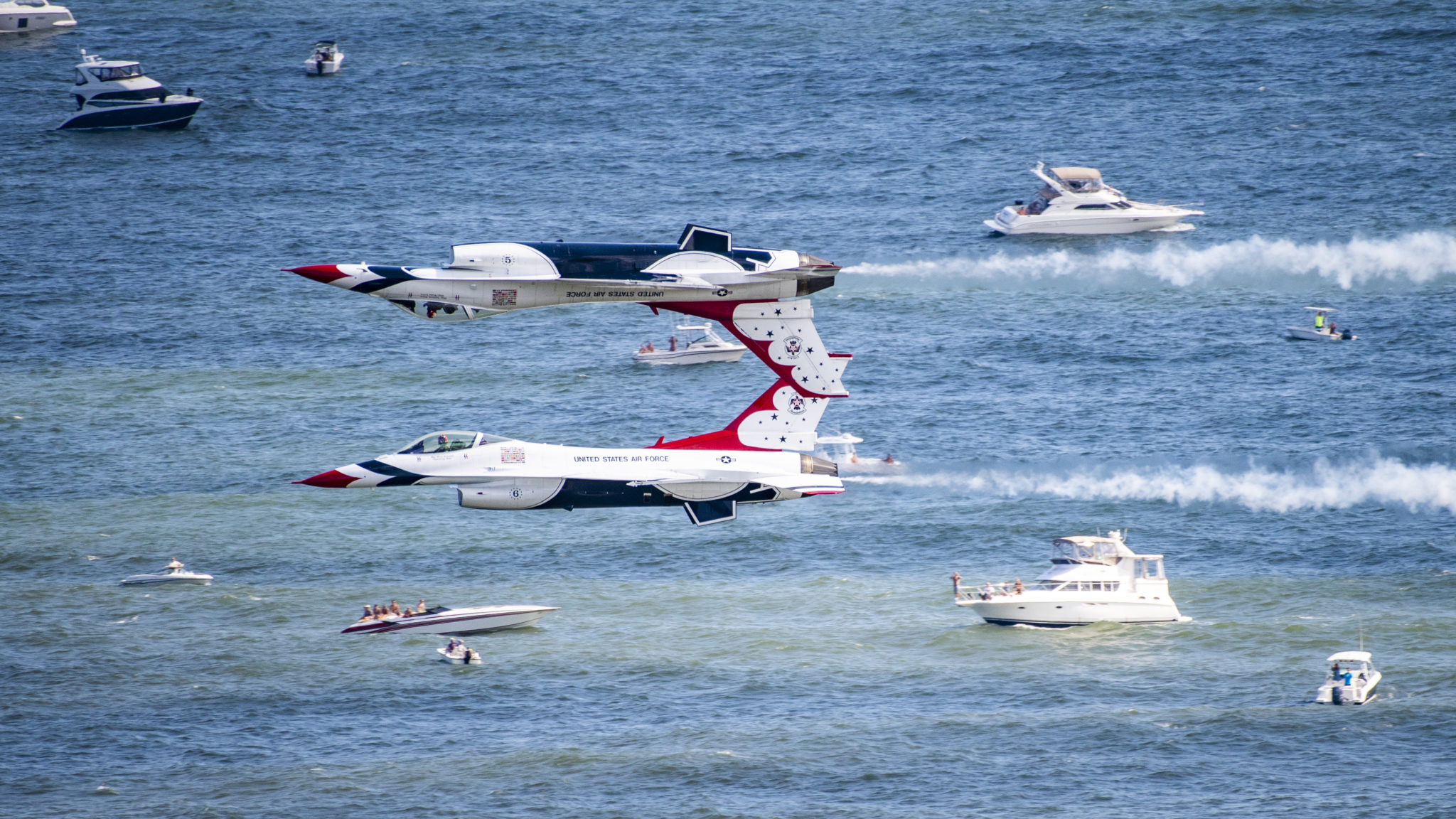 Today, the Meet AC Atlantic City Airshow announced its civilian acts, including Chris Thomas Airshows, Paul Dougherty Airshows, Full Throttle Formation Team, and Jim Beasley, which will take to the skies above Atlantic City’s beaches on Wednesday, August 24. And what better way to watch these thrilling performers than under the Airshow’s Flightline Club VIP chalet? Tickets are on sale now for the Flightline Club, the hottest Airshow viewing area on the beach.

“It wouldn’t be the Meet AC Atlantic City Airshow without adding exciting civilian acts to the military roster,” said Greater Atlantic City Chamber President Michael Chait. “These civilian performers are among the best in the country – they will not disappoint.”

Chris Thomas Airshows will carry out an approximately 12-minute performance featuring the North American SNJ-2, a former WWII Navy Advanced Training Aircraft. Its large size and smoke presentation already make the SNJ unique, but it’s the distinct radial engine roar that really makes this aircraft stand out from the crowd. “Ol’ Growler,” as it has been nicknamed, will delight the Airshow audience with loops, aileron, and barrel rolls, an Immelmann and ½ Cuban Eights that will highlight the beauty and grace of the WWII-era training maneuvers that it still utilizes today. Additionally, Thomas will perform maneuvers that are not generally associated with the SNJ, such as a loop with a roll-on top, Deary turn, and Humpty-Bumps with ¼ and ½ vertical rolls, heightening the spectator experience.

Paul Dougherty (Dougherty Airshows) has flown in airshows since 1998, logging over 23,000 hours in the sky. His unique performance is either done in a 230-horsepower Christen Eagle or a 1930 Great Lakes, depending on the show. In Atlantic City, spectators can look for Dougherty to perform torque rolls, tail slides, and tumbles in his Eagle, which was lovingly rebuilt by Dougherty over a 10-month period. The Eagle’s 230 horsepower engine offers exceptional performance, and its flashy custom paint design will surely capture the eyes of spectators.

With a mission to entertain airshow audiences throughout the U.S., the Full Throttle Formation Team is the largest precision formation team in America. Comprised of 18 aviation professionals with more than 300,000 total hours of flight experience in military and commercial aircraft, Full Throttle pilots fly “Van’s Aircraft” an experimental aircraft, many of which were built by the pilots themselves.

Philadelphia attorney by day and pilot when time allows, Jim Beasley will fly back into Atlantic City in his P-51 Mustang, a single-seat, single-engine fighter aircraft originally designed and produced by North American Aviation for the British Royal Air Force (RAF). Later adopted by the U.S. Army Air Forces (USAAF), today the P-51 is widely regarded as the finest all-around piston-engine fighter of World War II.

“Jim Beasley has been a part of the Atlantic City Airshow for so many years, that it almost wouldn’t be an Airshow without him,” said Chait.
With a fantastic lineup of military and civilian acts soaring back to the seaside resort, the Airshow’s always-popular Flightline Club, which offers a unique VIP viewing experience, returns as well.

The Flightline Club is a coveted viewing area right in the middle of the action, with great food and premium sightlines for all of the day’s exciting aerobatic performances. Located at Bellevue Avenue and the Boardwalk, guests can enjoy the Airshow under a covered chalet with first come, first serve general admission seating and an all-you-can-eat lunch with burgers, hot dogs, fruit salad, peanuts, assorted chips, soft pretzels, and novelty ice cream provided by Essl’s Dugout. The chalet will also be stocked with unlimited bottled water – alcohol is strictly prohibited in the Flightline Club.

“Practically everybody who watches the Meet AC Atlantic City Airshow from the Flightline Club returns year after year,” explained Chait. “There is just no better viewing area to take in these amazing aerial acts.”

The Meet AC Atlantic City Airshow is supported in part by a grant from the NJ Department of State, Division of Travel and Tourism.

For more information on the Meet AC Atlantic City Airshow or the Flightline Club, go to AtlanticCityAirshow.com.