Like many of the show pilots, Mike’s passion for aviation started when he was very young. Mike’s Dad took him to his first air show at their hometown in Iowa at the age of 10. That show made an everlasting impression so deep that at 14, Mike rode his bike to the airport for two weeks straight and bugged the owner for a job washing airplanes and cleaning hangars just to be around airplanes. In school, Mike had a teacher tell him he would never be a pilot. His grades weren’t great and he got into trouble. Later that year a tutor gave him the book The Little Engine that Could, by Watty Piper. It changed his attitude and it helped Mike believe in himself. He traded his work of washing airplanes for flying lessons and received his Pilot’s License on his 17th birthday.

Forty years later, Mike has accumulated more than 25,000 flight hours and has qualified in more than 40 aircraft. He keeps a very busy schedule as a full time air show pilot flying the Lucas Oil stunt plane April through November. “It is incredible to be part of the Lucas Oil Team. Their products as well as their integrity make what I do even more rewarding.”

It wasn’t easy getting where he is today, and as Mike would attest, he fought battles every day. Things didn’t always turn out the way he planned, but with each year he believes that one of the biggest impacts in his life and the lives around him was his attitude.

With everything he has experienced as a Pilot, Businessman, Husband and Father, Mike still admits to making mistakes every day. But he doesn’t want to miss the opportunity to pass on the same gift of encouragement and attitude that had been given to him by his Parents, Grandparents, 2nd Grade Tutor and all who believe in him and the dreams he still chases. That is why Mike started the “I Can” program in conjunction with his air show.

Mike’s air show career is a testimony of how dreams really can come true. As a 2002 U.S. National Aerobatic Champion, and a member of the 2004 U.S. Aerobatic Team, Mike has traveled the World with the same aircraft you will see him performing in at your air show. His excitement for aviation and willingness to share his experience with people around the country is nothing short of contagious in his attempt to help encourage kids of all ages, to not only dream, but to live their dreams and never give up!

Known as the Super Stinker, the S-1-11B was created for competition aerobatics. A field that was becoming more and more dominated by monoplanes. Especially Soviet machines such as the SU-26, -29, and -31 at the time. In fact, Mike took this particular Super Stinker to a silver medal in the 2004 world championships in Sweden.

Mike has owned a number of Pitts aircraft over the years. He often brings another two-place Pitts S-2C to shows. He’s owned the Lucas Oil Pitts S-1-11B since 2000 and, with the help of Tom Kerns, rebuilt it after purchasing it on Ebay as a wreck. The Lucas Oil Pitts has been extremely modified from it’s original build. Adding full span ailerons for a faster roll rate, 60% larger rudder and elevator for more authority, longer gear allowing Michael to stand the aircraft up in place without hitting the propeller, always striving to get just that much more out of this incredible bird. 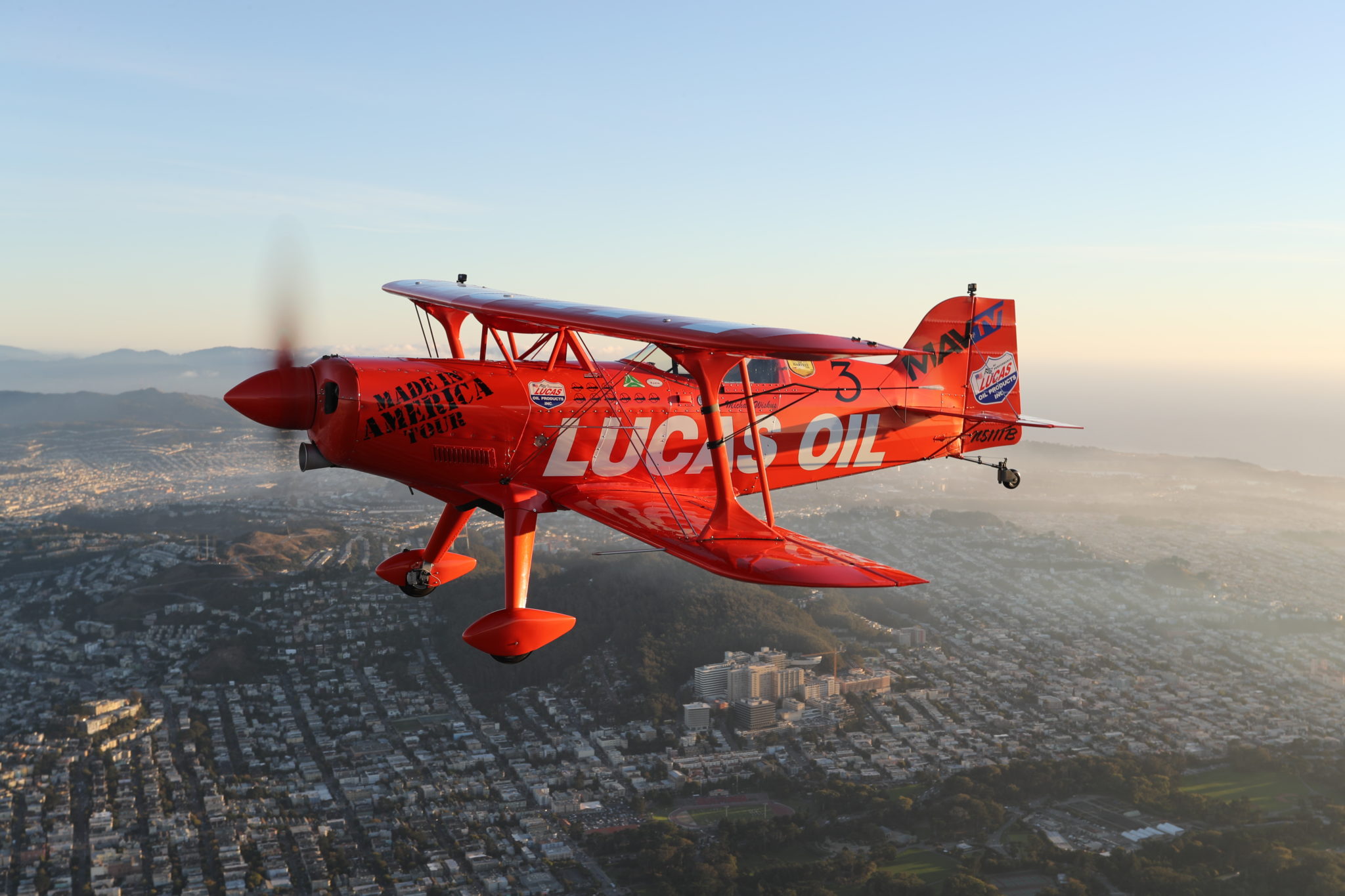 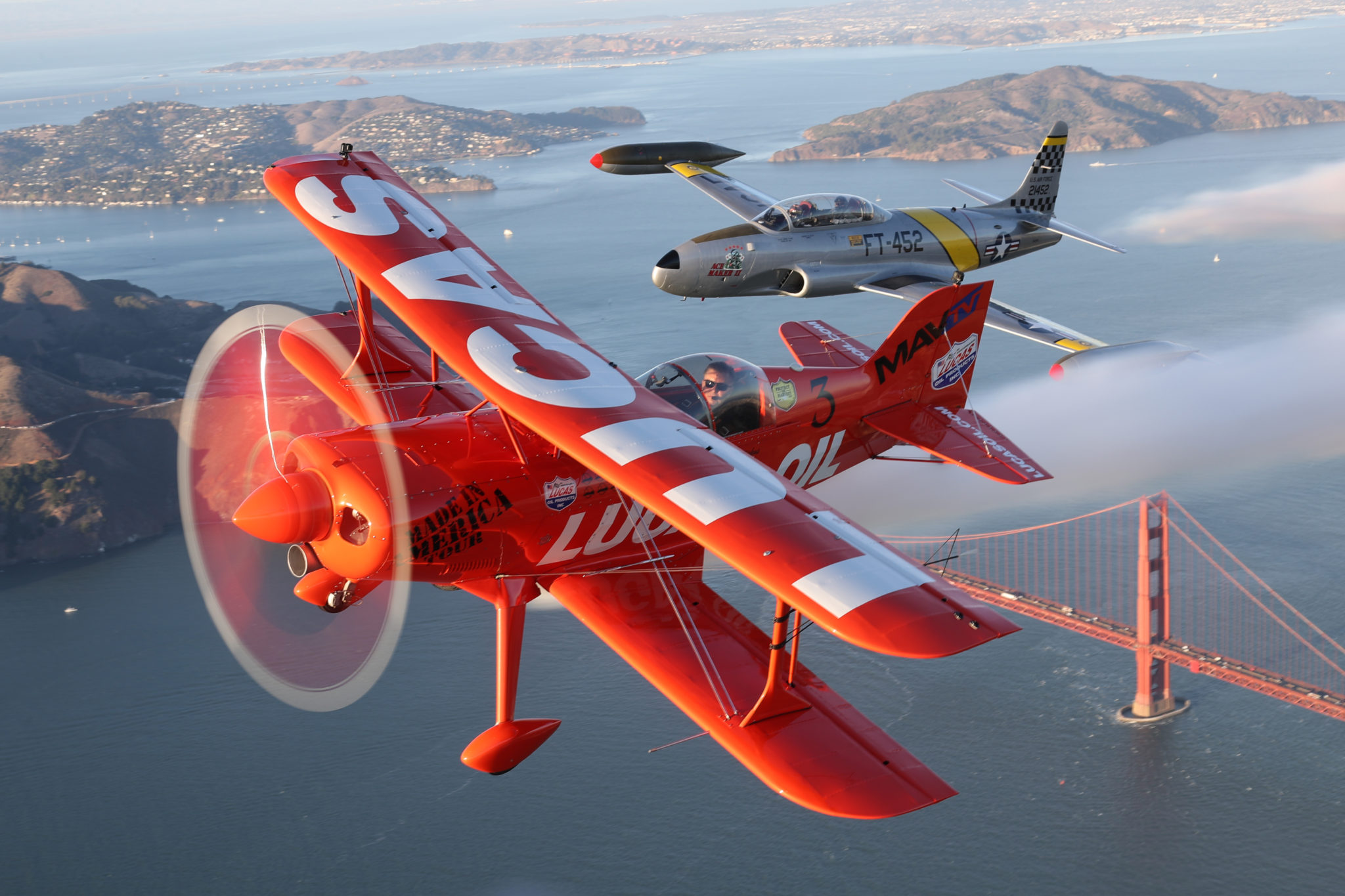 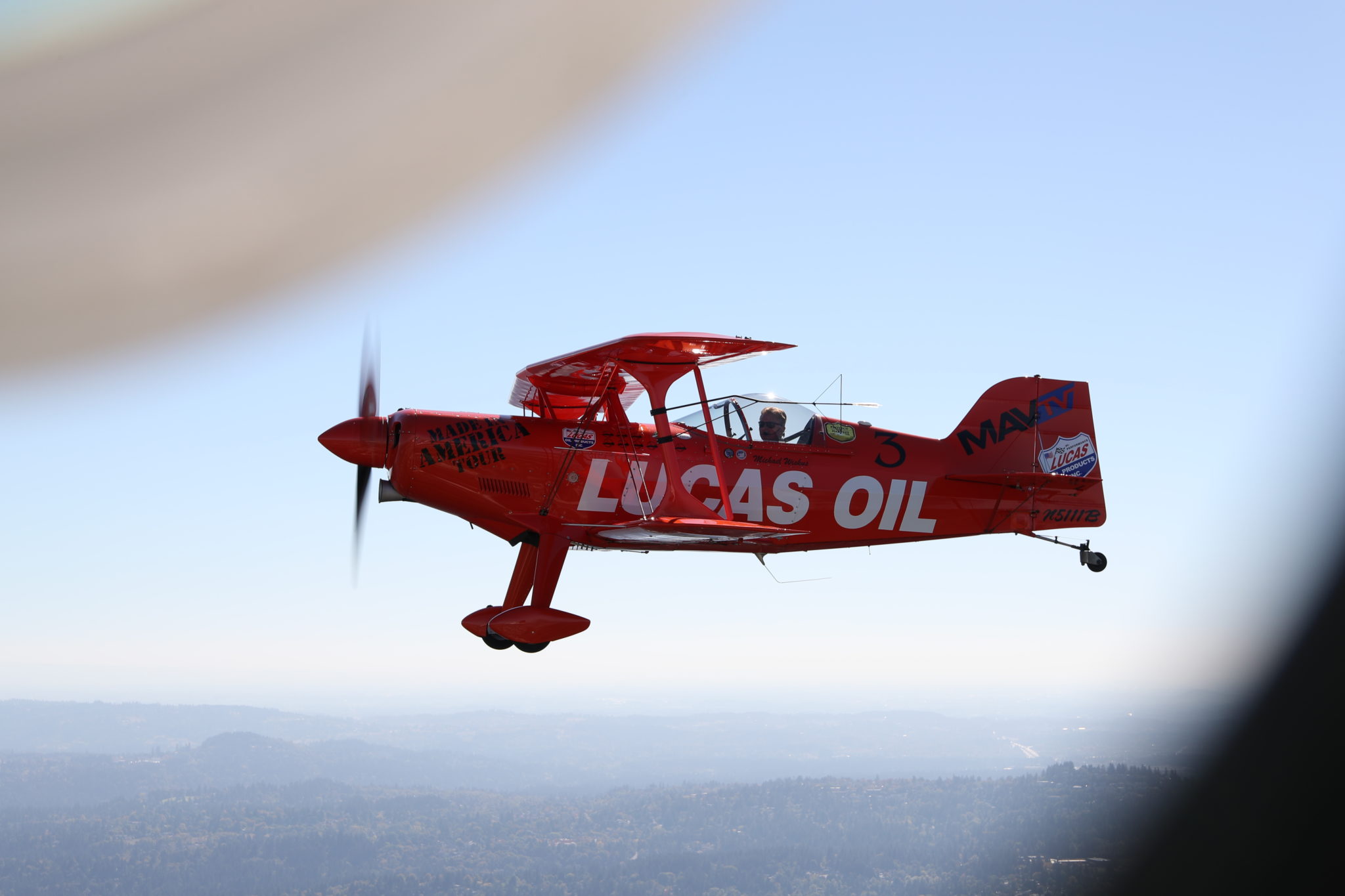 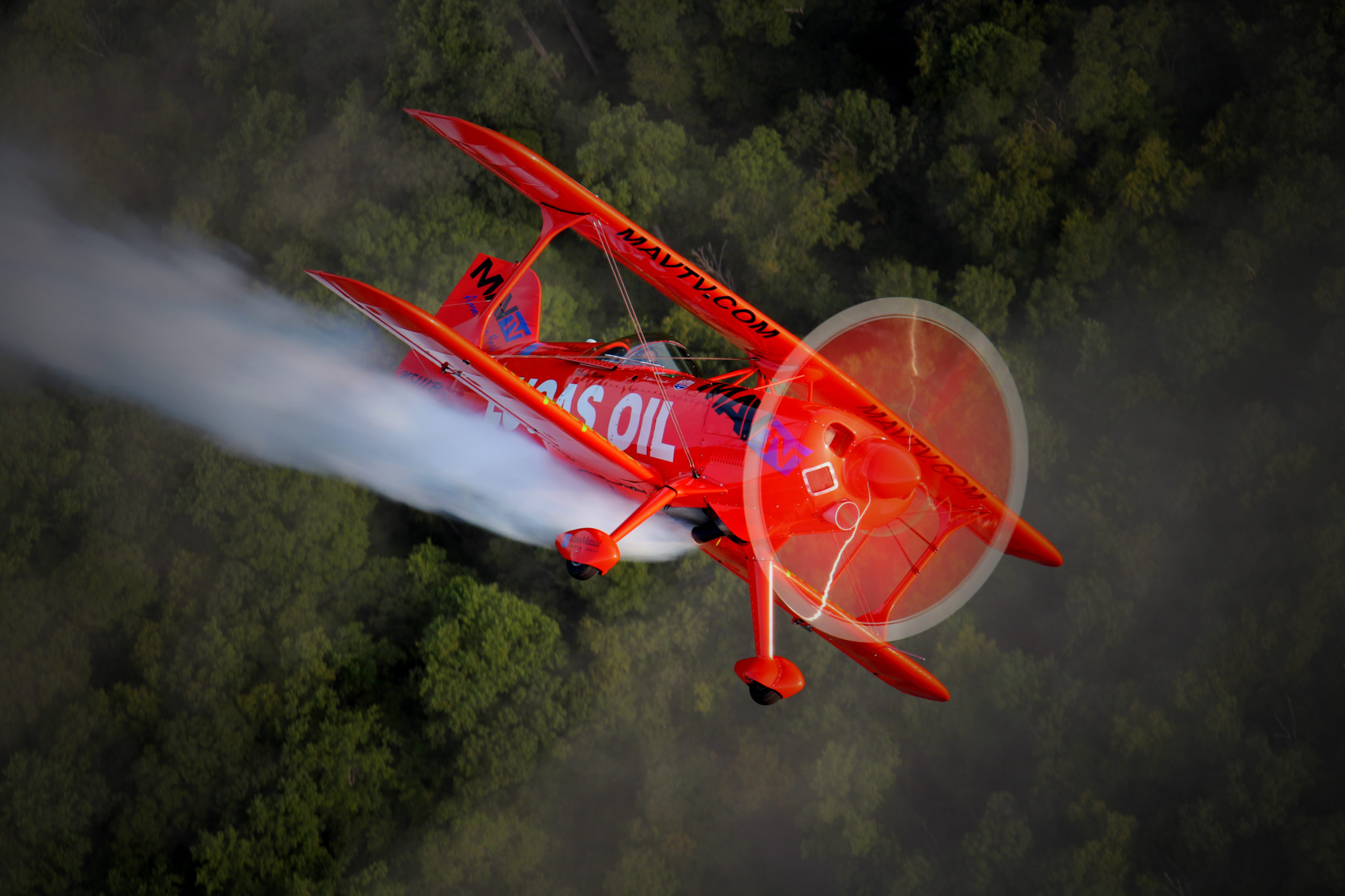 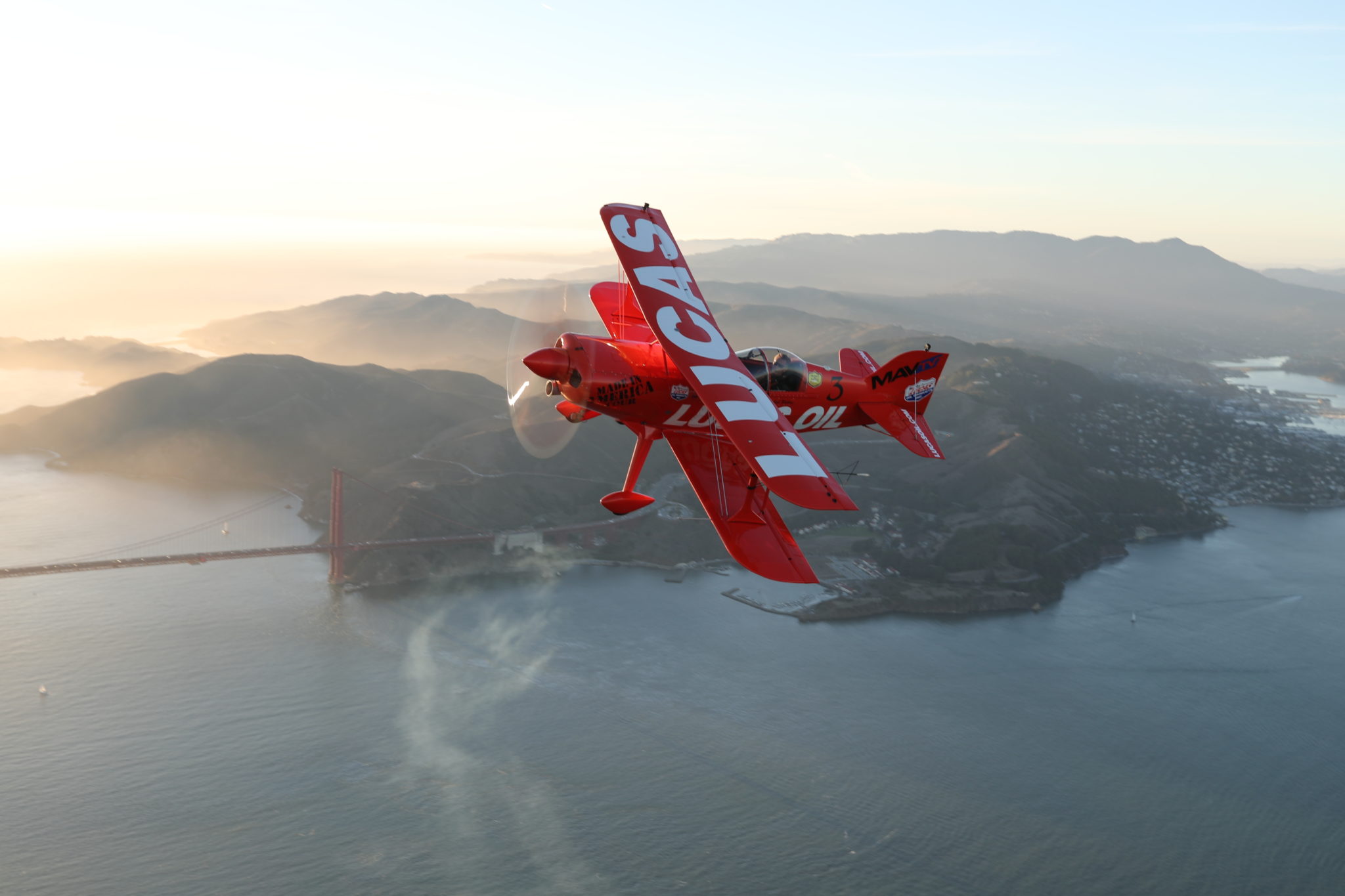 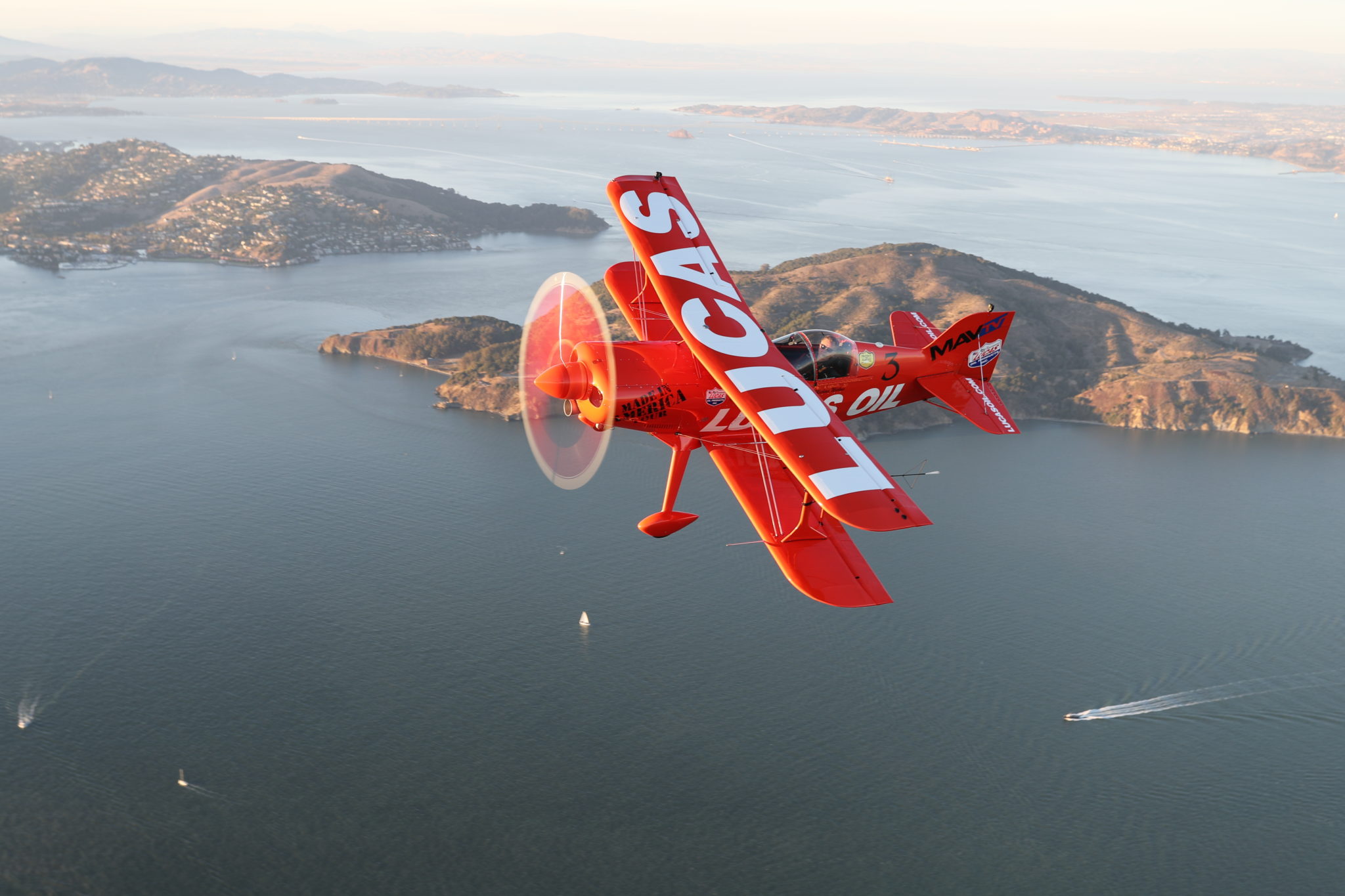