A native Californian, Gregory “Wired” Colyer took his first flight at age 7 in a Cessna 172 with Dr. Lee Schaller out of the Schellville airport in Sonoma, California. Hooked ever since, Greg has been flying for almost 3 decades after earning his license in 1982 while serving in the US Army from 1982-1987.

After leaving the service he served 27 years for the FAA keeping the skies safe as an Air Traffic Controller at Oakland ARTCC from 1988-2015. His passion for the cockpit never left him as he continued to fly as a hobby and an occasional airshow flying a Beech T-34 Mentor until he imported a Russian L-29 Delfin Jet in 2003.

After flying with his friend Kay Eckhart, in one of Kay’s Lockheed T-33s in 2007, Greg set his sights on an upgrade to the U.S. Air Force’s first operational jet and a real piece of U.S. aviation history. Acquiring a T-33 and naming it Ace Maker in 2008. Then founding the nonprofit (501c-3) T-33 Heritage Foundation to help in the preservation of the type.

He holds a Commercial Pilot certificate with instrument, single and multi engine ratings as well as being a Certified Flight Instructor. Type rated in Aero Vodochody’s L-29 Delfin, L-39 Albatros and the Lockheed T-33 Shooting Star. A level I Aerobatic low level card and FAST lead formation card round out his qualifications.

Greg stays in shape for flying high performance aircraft by cycling with the Cliff Bar team and an occasional Ironman Triathlon.

Greg would like to thank KO-Websites Inc, Odyssey Batteries and Airtronics for their continued support! 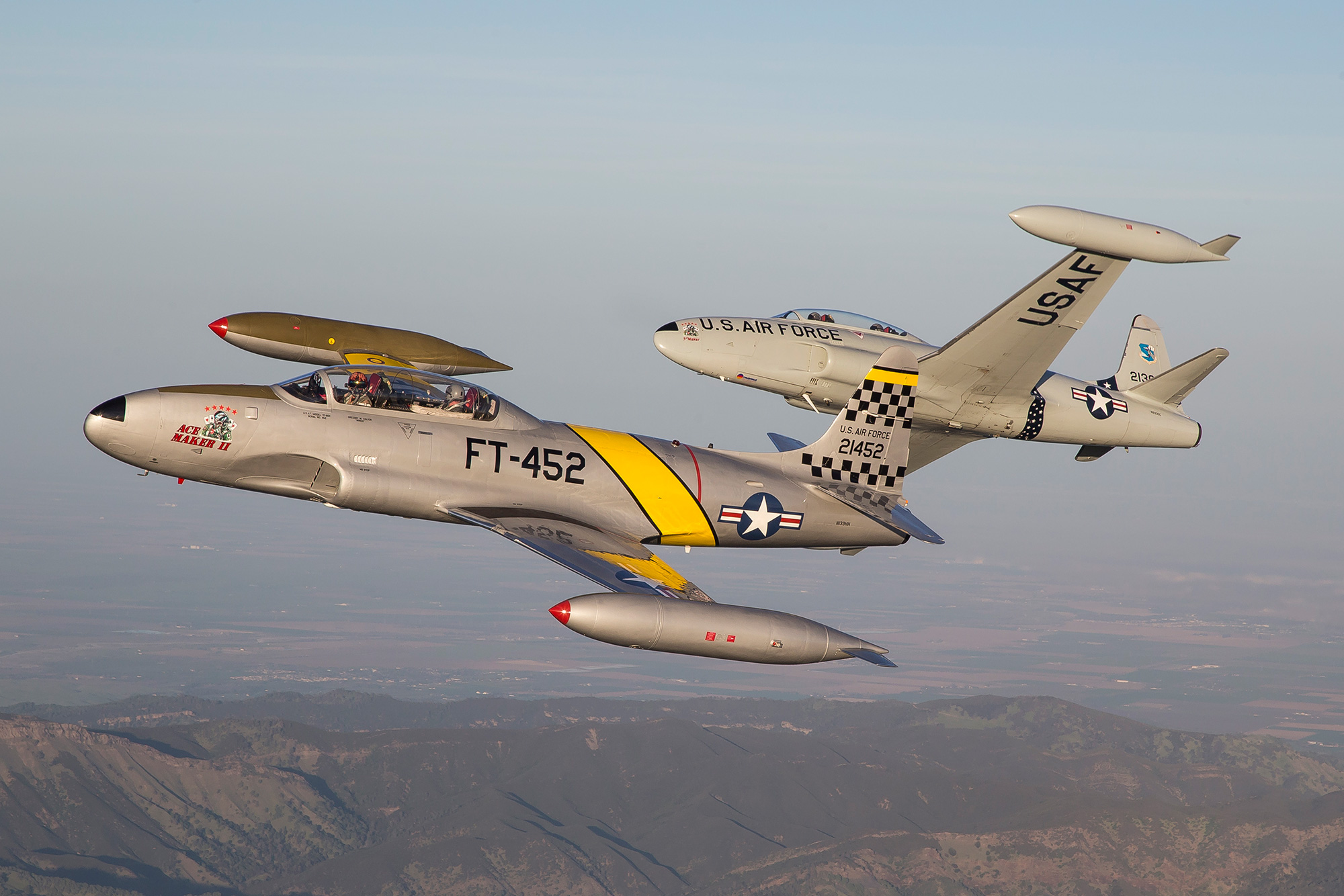