Mission
The T-38C Talon is a twin-engine, high-altitude, supersonic jet trainer used in a variety of roles because of its design, economy of operations, ease of maintenance, high performance and exceptional safety record. Air Education and Training Command is the primary user of the T-38 for joint specialized undergraduate pilot training. Air Combat Command, Air Force Materiel Command and the National Aeronautics and Space Administration also use the T-38A in various roles.

Features
The T-38 has swept wings, a streamlined fuselage and tricycle landing gear with a steerable nose wheel. Two independent hydraulic systems power the ailerons, rudder and other flight control surfaces. Critical aircraft components are waist high and can be easily reached by maintenance crews.

The T-38C incorporates a “glass cockpit” with integrated avionics displays, heads-up display and an electronic “no drop bomb” scoring system. The AT-38B has a gun sight and practice bomb dispenser.

The T-38 needs as little as 2,300 feet (695.2 meters) of runway to take off and can climb from sea level to nearly 30,000 feet (9,068 meters) in one minute. T-38s modified by the propulsion modernization program have approximately 19 percent more thrust, reducing takeoff distance by 9 percent.

The instructor and student sit in tandem on rocket-powered ejection seats in a pressurized, air-conditioned cockpit.

The Talon first flew in 1959. More than 1,100 were delivered to the Air Force between 1961 and 1972 when production ended. As the T-38 fleet has aged, specific airframe, engine and system components have been modified or replaced. Pacer Classic is the name given to a sustainment program that integrates essential modifications, and includes major structural replacements into one process.

AETC began receiving T-38C models in 2001 as part of the Avionics Upgrade Program. T-38C models will also undergo a propulsion modernization program which replaces major engine components to enhance reliability and maintainability, and an engine inlet/injector modification to increase available takeoff thrust. These upgrades and modifications, with the Pacer Classic program, should extend the service life of T-38s to 2020.

The National Aeronautics and Space Administration uses T-38 aircraft as trainers for astronauts and as observers and chase planes on programs such as the space shuttle. 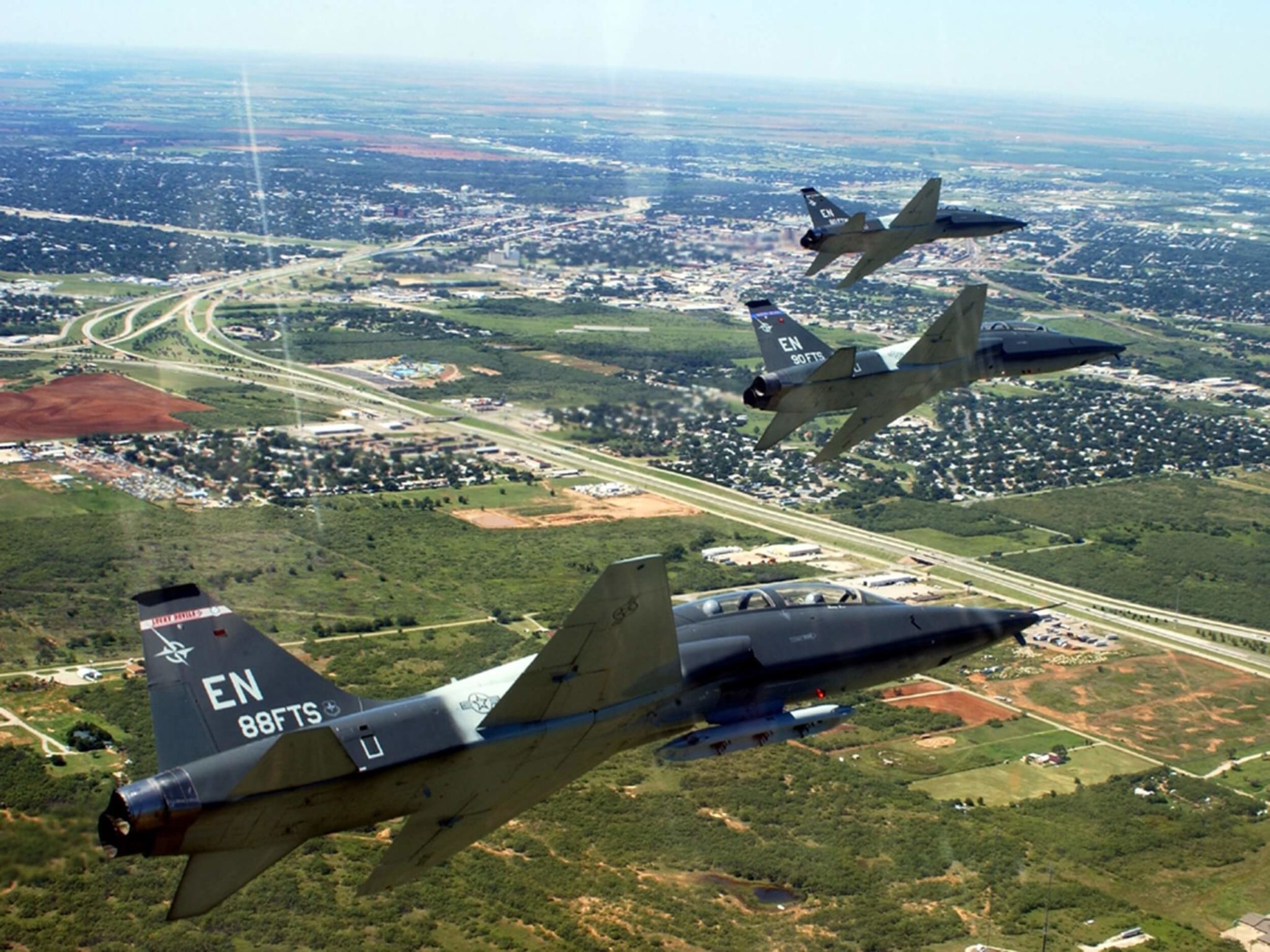