The Royal Air Force Aerobatic Team, the Red Arrows, is one of the world’s premier aerobatic display teams.

Representing the speed, agility and precision of the Royal Air Force, the team is the public face of the service. They assist in recruiting to the Armed Forces, act as ambassadors for the United Kingdom at home and overseas and promote the best of British.

Flying distinctive Hawk fast-jets, the team is made up of pilots, engineers and essential support staff with frontline, operational experience. Together, they demonstrate the excellence and capabilities of the Royal Air Force and the Service’s skilled, talented people.

With their trademark Diamond Nine shape and combination of close formations and precision flying, the Red Arrows have been displaying since 1965.

All Red Arrows display pilots have flown operationally, in frontline aircraft such as the advanced Typhoon, and helped the Royal Air Force to secure the skies every day of the year.

Based at RAF Scampton in Lincolnshire, the Red Arrows had flown almost 4,900 displays in 57 countries, by the beginning of 2018 – the Squadron’s 54th season.

Roles of the Red Arrows

The Red Arrows are part of the wider Royal Air Force and the team is a great reminder of the dedication and talented people found across the Service. Indeed, members of the Squadron have served on operational units, whether they be fast jet or helicopters, strategic transport or intelligence-gathering aircraft. Their backgrounds hint at the wide range of tasks the Royal Air Force performs today and is prepared for. As an example, the pilots have completed operational tours in Afghanistan and Libya, or been part of the Quick Reaction Alert in the UK and Falkland Islands, protecting our skies.

Being renowned both at home and overseas, the team and the excellence it invokes reinforces the reputation of the UK and the country’s people and equipment. The Red Arrows fly BAE Systems’ Hawk T1, which is powered by a Rolls-Royce engine, and this technical expertise is crucial to the team’s success.

Displays by the Red Arrows are one of the ways the UK strengthens its relationships abroad, benefitting defence and prosperity. The team provides the UK, as the Royal Air Force does, with a great ability and option to promote and support the country’s interests – diplomatically, industrially and militarily. The Red Arrows have, by the end of the 2016 season, displayed in 57 countries worldwide. The 2016 Asia-Pacific and Middle East Tour was a great example of how the Red Arrows represent the UK far away from home. The nine-week, 20,000-mile deployment visited 17 countries and drew a global audience of a billion people – seeing the team display in China for the first time.

The team are members of the Armed Forces and are proud to represent the UK. Many of the pilots and other members of the Squadron joined the Royal Air Force as a direct result of seeing the Red Arrows perform as children. 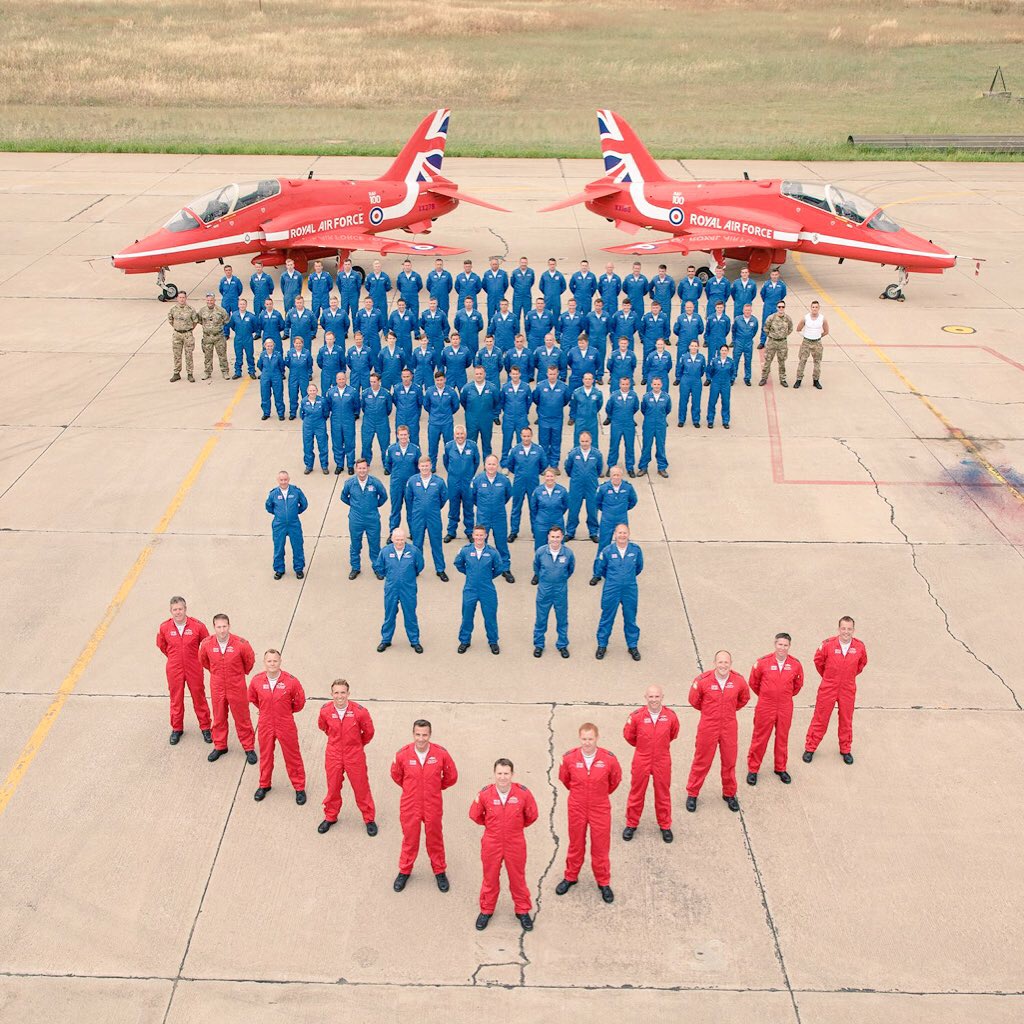 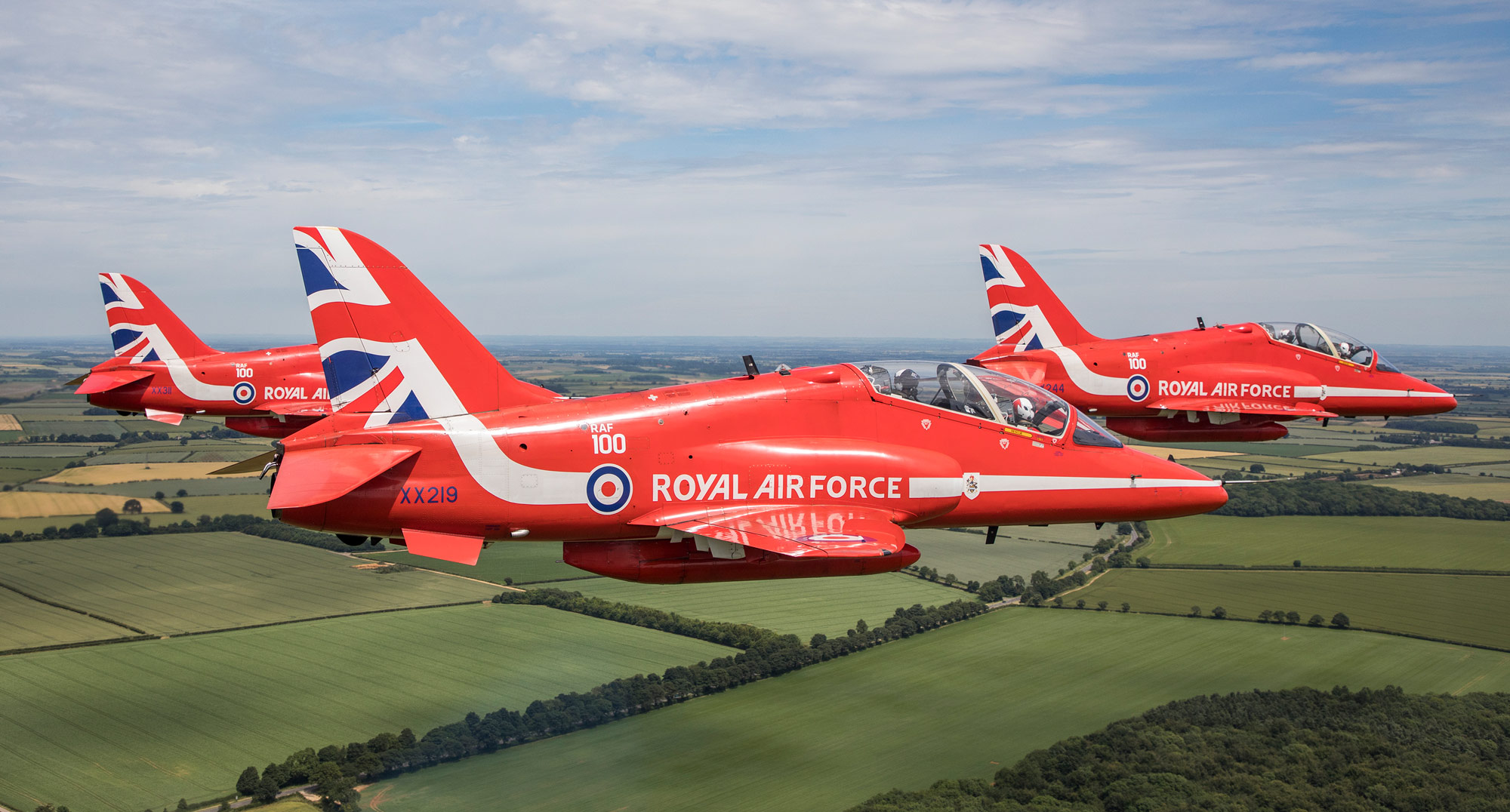 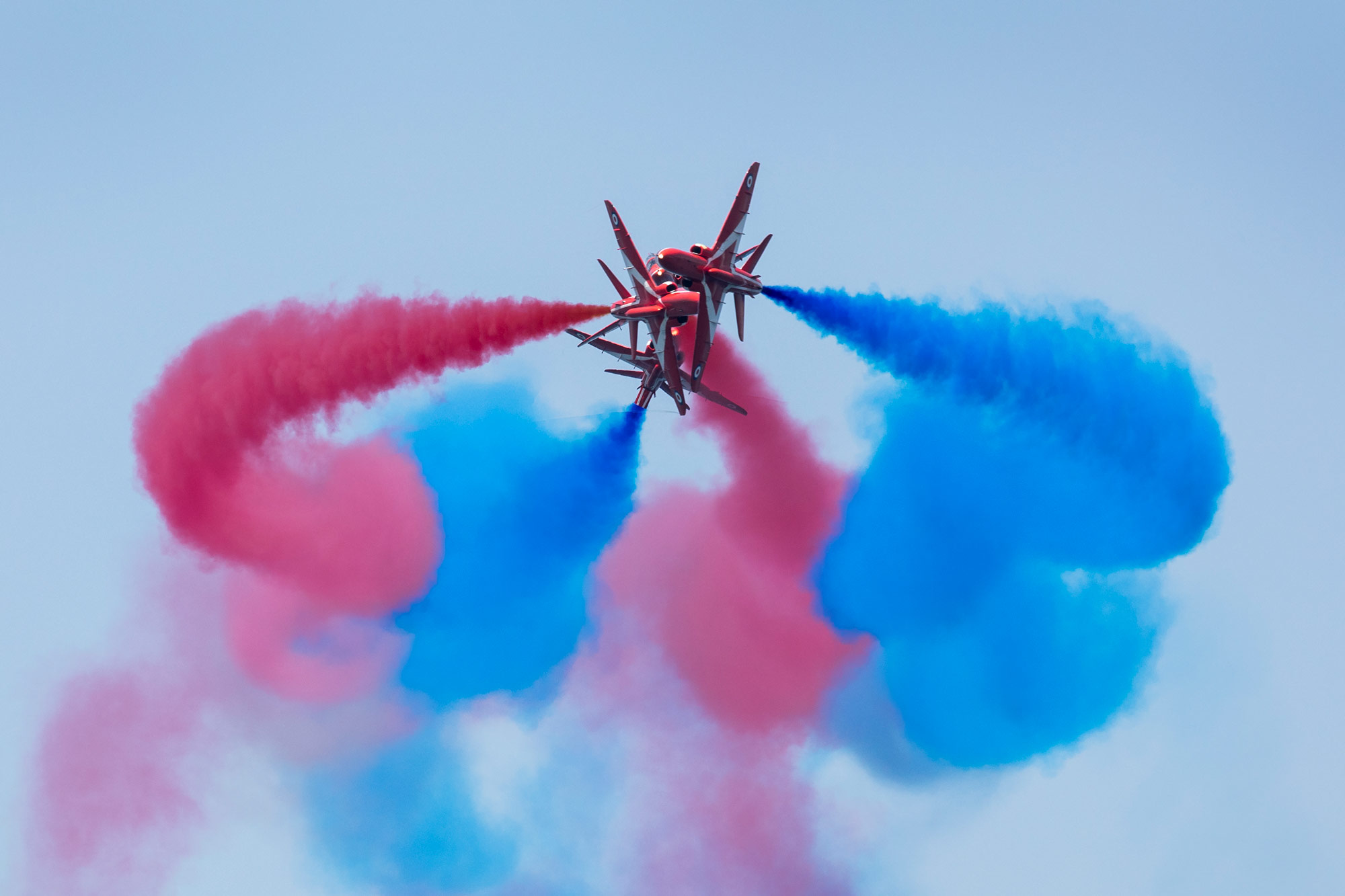 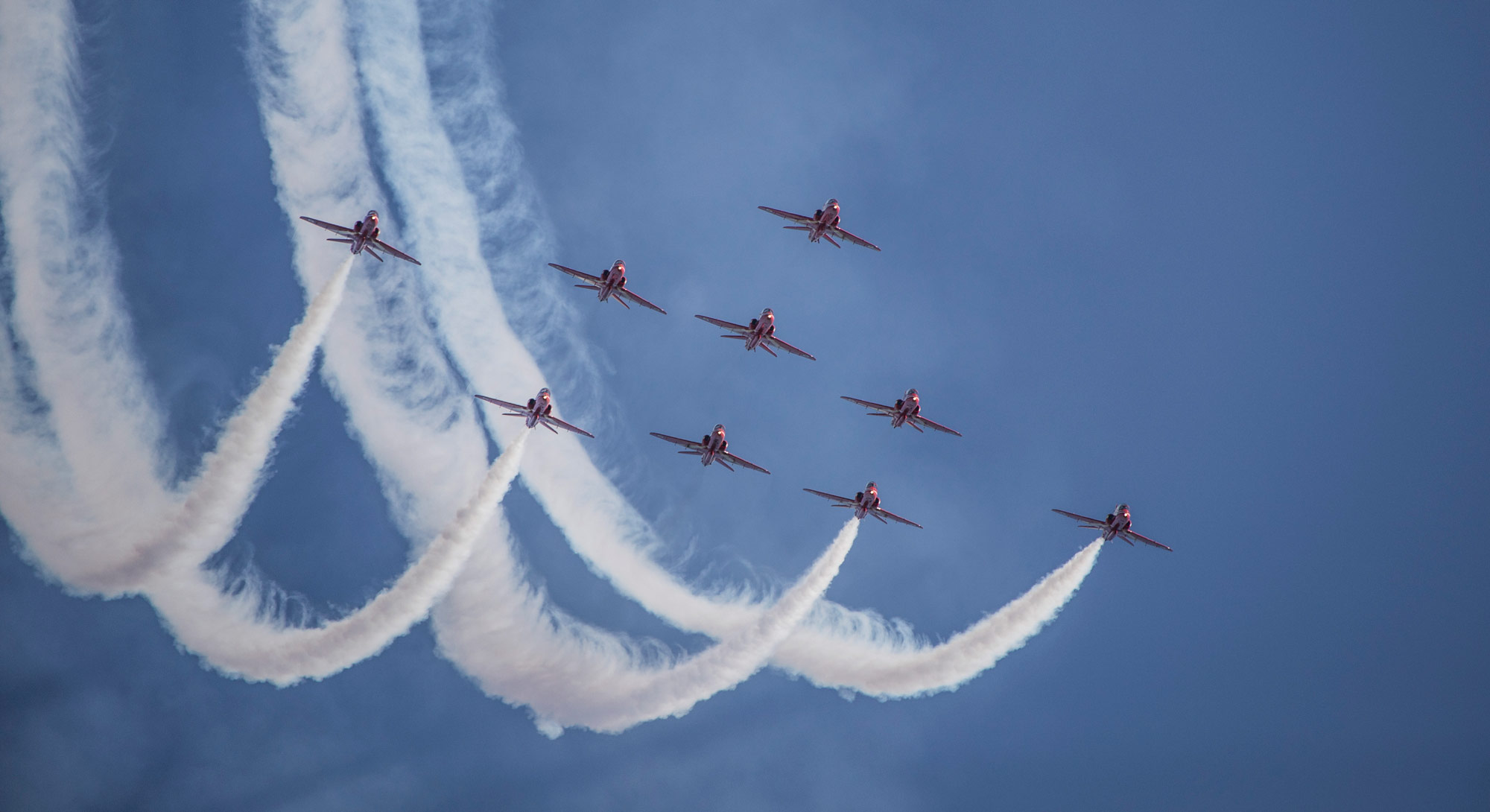 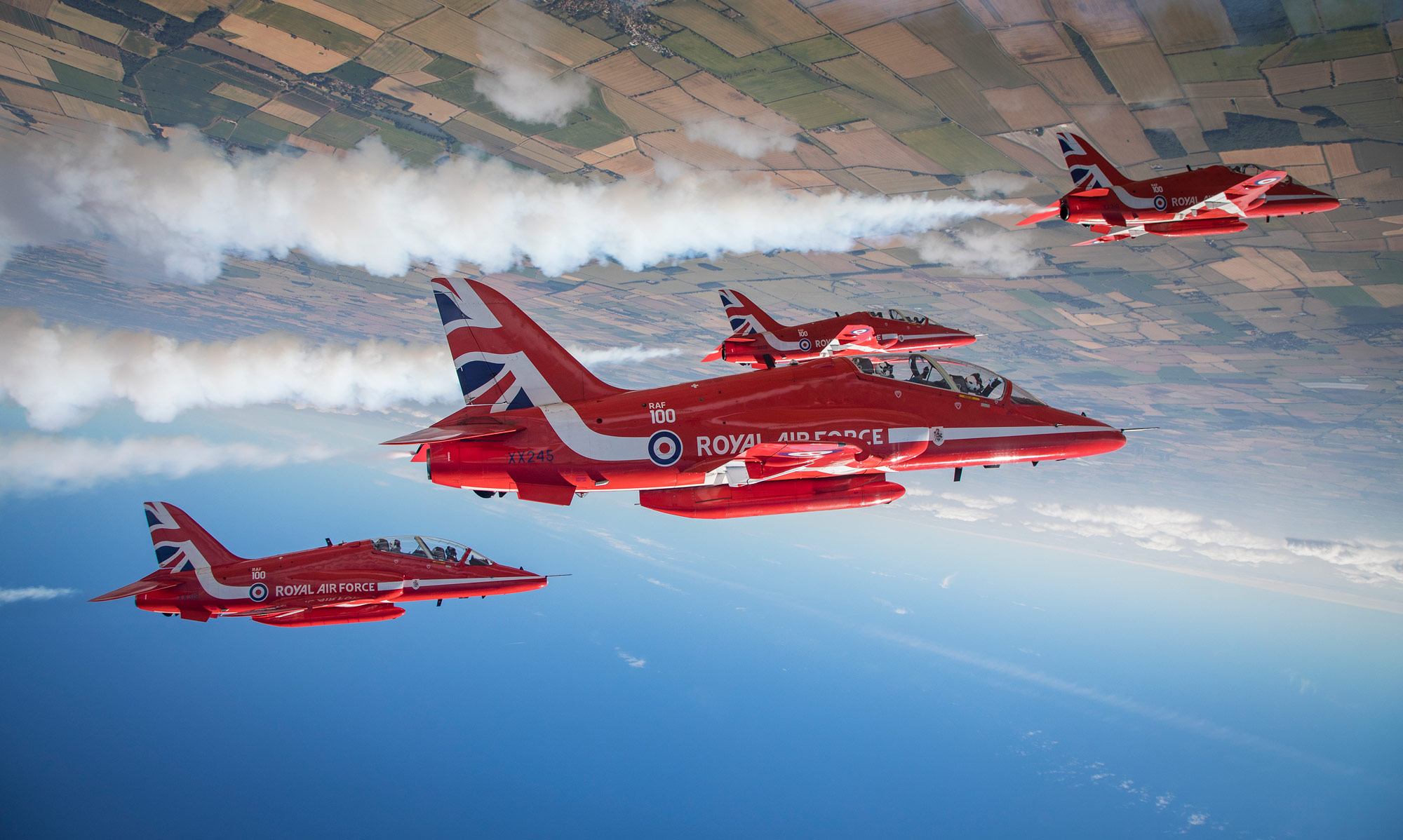 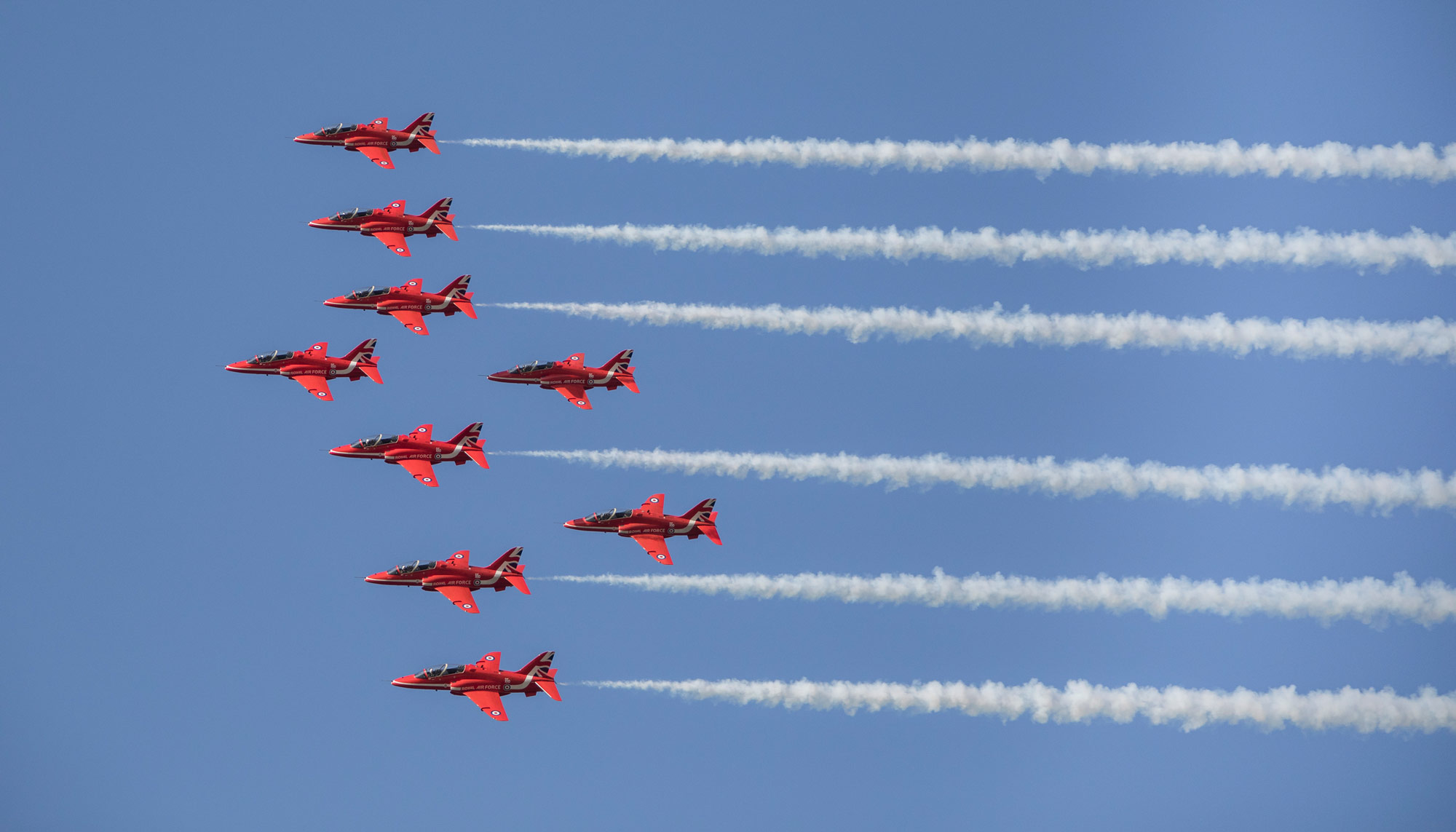 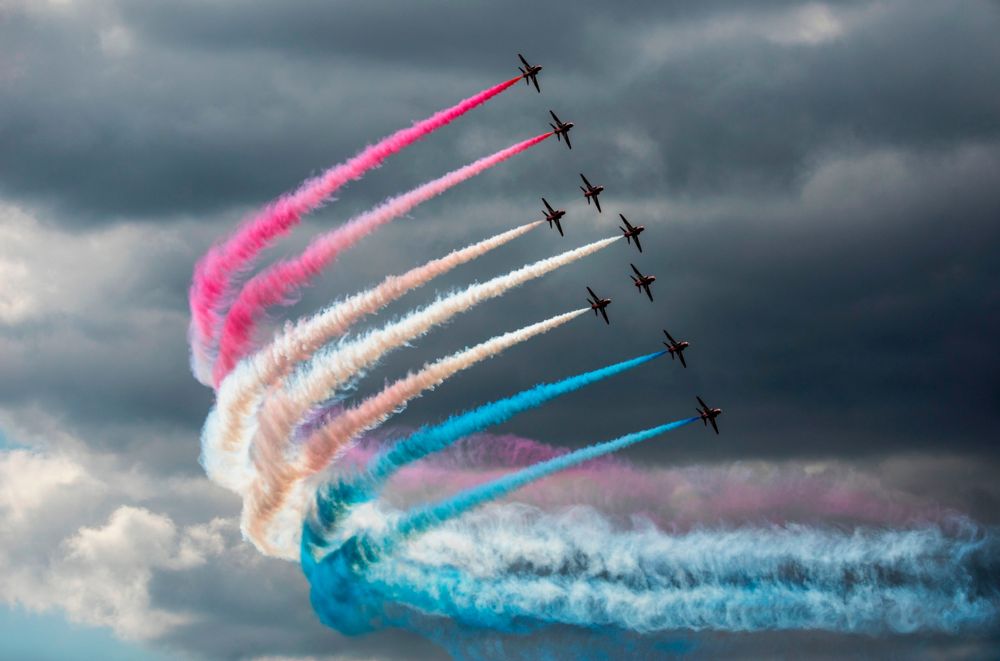