The Short Tucano is a two-seat turboprop basic trainer used by the Royal Air Force. It was developed in order to meet a requirement to replace the Jet Provost as the basic fast-jet trainer for the RAF. The Short Tucano was selected in 1985 in preference to the Pilatus PC-9 and the British Hunting Firecracker.

The Short Tucano is a modified version of the Brazilian Embraer EMB-312 Tucano aircraft, and is built under license by Shorts Brothers of Belfast. The Short Tucano is fitted with the more powerful 1,100 shp Garrett turboprop engine in place of the Embraer’s 750 shp Pratt & Whitney PT6 engine to give higher climb performance. The first Garrett powered Short Tucano flew in Brazil on 14 February 1986, with the first Shorts built production aircraft flying on 30 December 1986.

The aircraft handling is similar to that of a jet aircraft and it is fully aerobatic, thus providing an excellent workhorse for training fast-jet pilots in all aspects of military flying. It is used to develop students in a full range of skills, including general aircraft handling, formation flying and low-level navigation and, due to its comprehensive avionics and ice-protection packages, it can be flown in all types of weather, by day and by night. The Tucano’s all-weather flying capability, plus its excellent endurance, allows a great measure of flexibility in the training role. 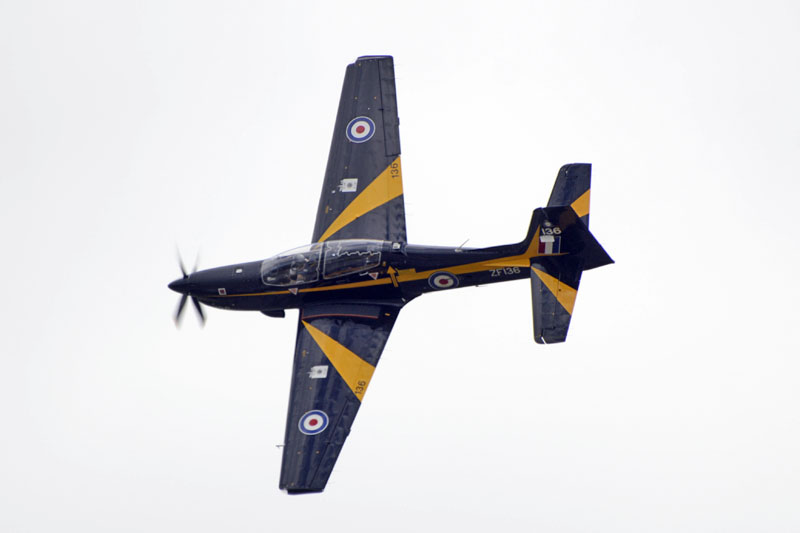 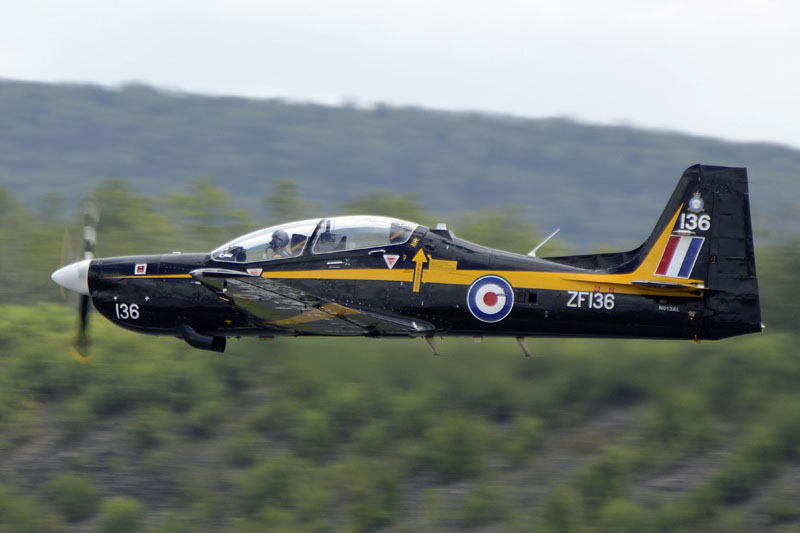 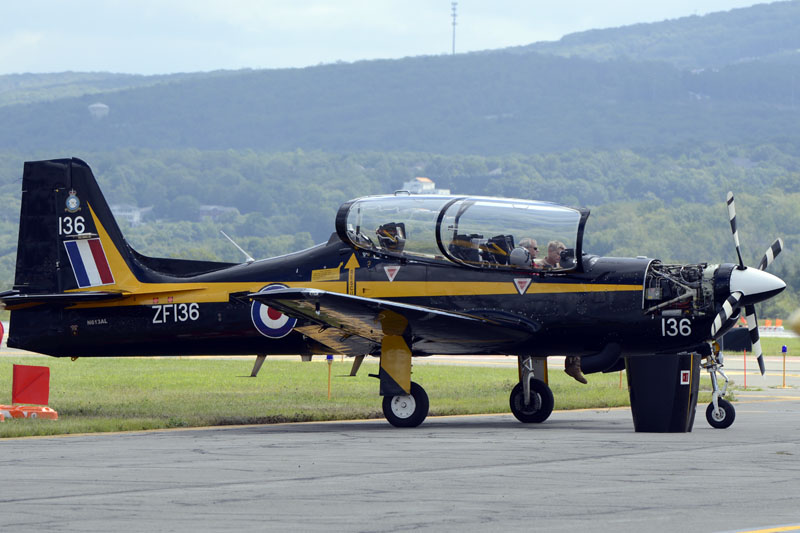