The F-22 Raptor Demonstration Team is stationed at Joint Base Langley-Eustis in Hampton, Virginia. In March 2007, the team participated in its debut air show at Tyndall Air Force Base. Since then, the team has performed more than 250 demonstrations across the world. Prior to 2016, the team consisted of the pilot, safety officer, superintendent, team chief, multiple crew chiefs, and avionics specialists. Now, the team has 19 total members to include public affairs and aircrew flight equipment technicians. Together, the team visits local schools, hospitals, and participates in various community events in addition to performing aerial demonstrations.

The F-22 has an advanced capability of attacking surface targets as well. In the air-to-ground configuration, the aircraft can carry two 1,000-pound GBU-32 Joint Direct Attack Munitions internally and will use on-board avionics for navigation and weapons delivery support. Advances in low-observable technologies provide improved survivability and lethality against air-to-air and surface-to-air threats. The F-22 brings sophisticated stealth technology to the fight as well, allowing it to protect itself and stay virtually undetected from enemy radar.

The dual F-22 engines produce more thrust than any current fighter engine. The combination of sleek aerodynamic design and increased thrust allows the F-22 to cruise at supersonic airspeeds (greater than 1.5 Mach) without using afterburner – a characteristic known as supercruise.

Supercruise greatly expands the F-22 ‘s operating envelope in both speed and range over other operational fighter aircraft who must use fuel-consuming afterburner to operate at supersonic speeds.

The sophisticated F-22 aero design, advanced flight controls, thrust vectoring, and high thrust-toweight ratio provide the capability to outmaneuver all other current and projected aircraft. The F-22’s design has been extensively tested and refined during the development process to produce a truly one-of-a-kind fighter aircraft.
The F-22’s characteristics ensure its unmatched lethality against all advanced air threats. The combination of stealth, integrated avionics, and supercruise drastically shrink surface-to-air missile engagement envelopes and minimizes enemy capabilities to track and engage the F-22. The combination of reduced observability and supercruise accentuates the element of surprise in a tactical environment, one of the Raptor’s most lethal characteristics.

The F-22 has better reliability and maintainability than any other fighter aircraft in history. This results in less manpower required to fix the aircraft, allowing the jet to operate more efficiently 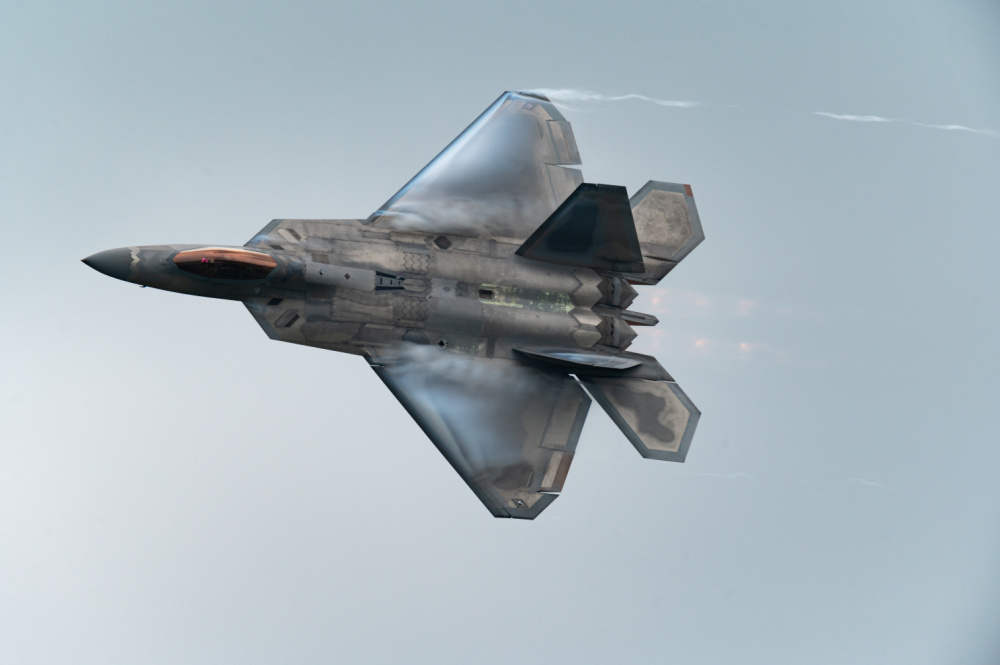 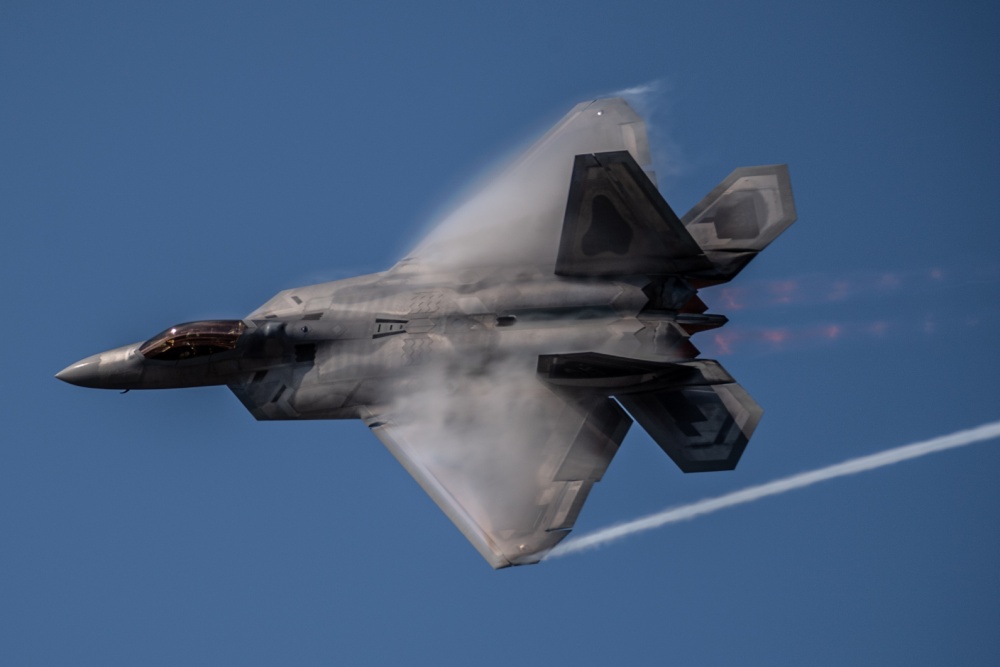 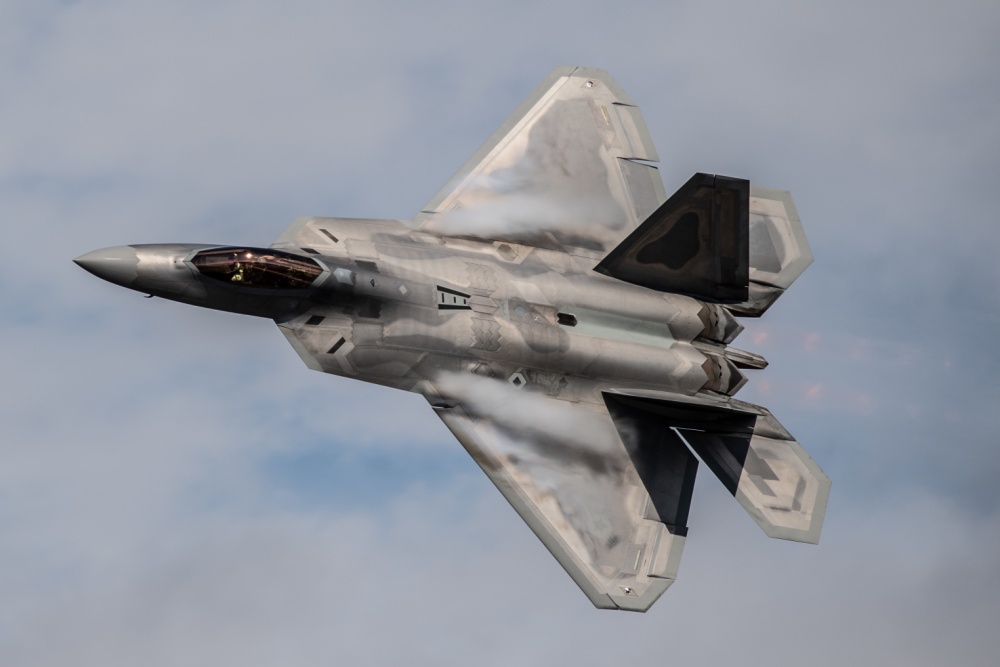